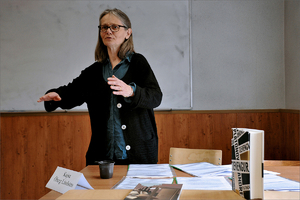 05 June 2017
Petrozavodsk State University hosted science and practice seminar on the issues of literary translation. It gathered the senior students, the Master Degree students, and teachers of the Department of German Philology and Scandinavian Studies. The special guest was Kajsa Öberg Lindsten, translator from Russian into the Swedish language.

Petrozavodsk State University hosted science and practice seminar on the issues of literary translation. It gathered the senior students, the Master Degree students, and teachers of the Department of German Philology and Scandinavian Studies. The special guest was Kajsa Öberg Lindsten, translator from Russian into the Swedish language.

The seminar focused on the discussion of the aspects of a translator’s work, interaction with publishers, the choice of a translation strategies, as well as translation problems. Kajsa Öberg Lindsten shared with the participants her translating experience and noted that when she translated from Russian into the Swedish language the biggest challenges for her were the sociolects and dialects, as well as translation of specific multivalent or special purpose words. During the discussion the participants brought up other issues of translation, such as appropriate translation of complex syntactic constructions, tautology, culture-specific concepts, neologisms, occasional words, proper names etc.

According to Kajsa Öberg Lindsten a translator should stay true to the original, and if it is complex by no means you should simplify it. For instance, the Swedish translator calls her method of translating works of Andrey Platonov the kaleidoscope of exactness (“kalejdoskopisk exakthet”), which means thoroughly choosing words that correspond to all the meanings of the original.

Kajsa Öberg Lindsten also met with the students of the Department of German Philology and Scandinavian Studies who are learning the Swedish language. The translator told about her meetings with writers, and her translation of the works of the winner of the 2015 Nobel Prize in Literature Svetlana Aleksievich.

Kajsa noted that in the minds of the Swedes, Russian literature is defined by its distinctive tragedy.

Afterwards, our guest held a meet-the-artist session at the Scientific Library of PetrSU.

Kajsa Öberg Lindsten told how she had become a translator and how she enjoyed this work: “My father professed deep interest in Russian literature. He kept a diary in the Russian language. When I first saw it as a child I thought, what strange and mysterious letters, and I wanted to know what they meant. When I was in senior school I got an opportunity to study the Russian language. It was a challenge for me, but I persevered in my desire to know it, as I was so eager to read Russian literature. For me, working as a translator is an opportunity for development and education. I love reading! It is such a joy!”

Kajsa Öberg Lindsten was born in 1983, lives in Göteborg. Her range is expensive, as she has translated from Russian into the Swedish language children’s books, works of Lev Vygotsky (“Imagination and Creativity in Childhood”) and Mikhail Bakhtin (“Author and Hero in Aesthetic Activity”), works of Fyodor Dostoevsky, Andrey Platonov, Svetlana Aleksievich and others. Not only the Swedish translator works with renowned classic writers, but she also translates contemporary authors. In 2007 in one of the issues of the oldest illustrated art magazine Ord och bild featured her translations of short stories by such authors as Liudmila Petrushevskaya, Arkady Babchenko, Ildar Abuzyarov etc.

Kajsa Öberg Lindsten describes her translations of Andrey Platonov as an opportunity to introduce Swedish readers to the “pearl” of Russian literature of the Soviet period. 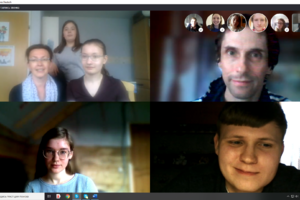 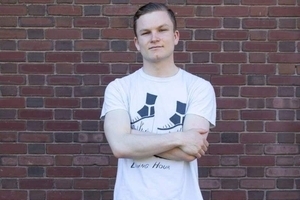 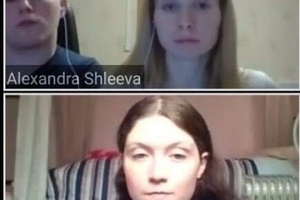