Cooperation between PetrSU and the Universities of Fujian Province (China) 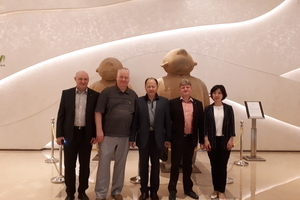 23 April 2019
PetrSU delegation of the Rector Anatoly Voronin, the Director of the Institute of Forestry, Mining and Construction Sciences Vadim Kostykevich, and the Director of the Institute of Physics and Technology Dmitry Balashov went on a business trip to China and visited Fuzhou University and Fujian Agriculture and Forestry University, the leading universities of Fujian Province, the strategic partner of the Republic of Karelia. The visit lasted three days.

PetrSU delegation of the Rector Anatoly Voronin, the Director of the Institute of Forestry, Mining and Construction Sciences Vadim Kostykevich, and the Director of the Institute of Physics and Technology Dmitry Balashov went on a business trip to China and visited Fuzhou University and Fujian Agriculture and Forestry University, the leading universities of Fujian Province, the strategic partner of the Republic of Karelia. The visit lasted three days.

On the first day of the official visit, PetrSU delegation met representatives of Fuzhou University. The Chinese university was represented by Wang Jian, Vice-President of Fuzhou University, as well as directors of institutes, deans of faculties and employees of the International Affairs Office.

The participants of the meeting discussed cooperation between Petrozavodsk State University and Fuzhou University. Namely, they discussed student exchange programs, development of Master degree programs in English, joint publications, international schools. PetrSU Rector Anatoly Voronin expressed his gratitude for the 4 scholarships allocated for PetrSU students this year to study the Chinese language and came forward with a proposal to arrange a visit of Russian language teacher to Fuzhou University to teach Russian to Chinese students who are willing to continue education at PetrSU. The delegation from PetrSU also visited the Innovation Technology Park, Humanities Institute, as well as the College of Environment and Resources.

The second day of the visit PetrSU delegation spent in Fujian Agriculture and Forestry University (FAFU). The introduction to this university started with a visit to Orchid Garden and China National Engineering Research Center of JUNCAO Technology. There the guests were introduced to technologies of growing mushrooms for food and pharmacology. Chinese colleagues demonstrated the patented technology of growing herbaceous plants for producing mushroom feed and fertilizers from mushroom substrates.

Among the participants of the official meeting were the President of FAFU Lan Siren, Deputy Director of the International Cooperation and Exchange Office, deans and other officials. The parties discussed the development of student exchange programs. Namely FAFU President Lan Siren offered PetrSU students 5 Master degree scholarships. 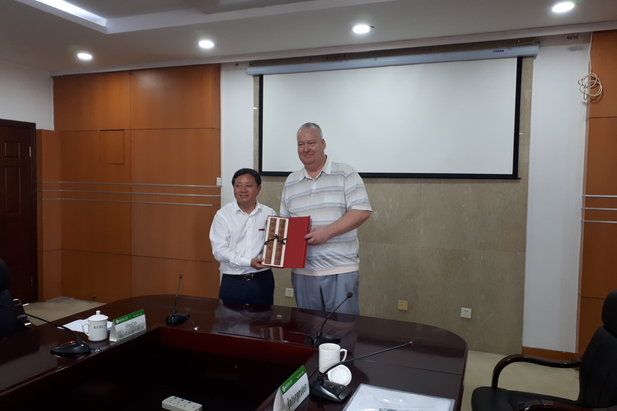 PetrSU and Fuzhou University are partner universities. In the framework of the 22nd regular meeting of the heads of the Governments of Russia and Chinese Peoples’ Republic that took place in November 2017  several agreements were signed, among which were the Agreement of Twin-region Relations between the Republic of Karelia and Fujian Province, as well as the Memorandum of Understanding between PetrSU and Fuzhou University. The documents stipulate visits and exchange of students, postgraduates, teachers for research and teaching.