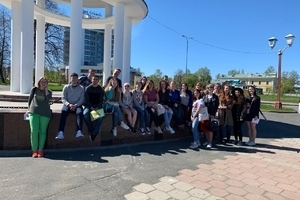 27 May 2019
For the 29th time, the Institute of Foreign Languages opened the International Russian Language and Culture Camp.

For the 29th time, the Institute of Foreign Languages opened the International Russian Language and Culture Camp.

Duluth, the American twin city of Petrozavodsk, and Petrozavodsk take turns in hosting the camp.

The camp is an amazing opportunity for students and teachers to master their language proficiency, introduce others to and become acquainted with the cultures of the two countries, dispel myths and stereotypes about each other, make new friends.

This year PetrSU welcomes nine American students from St. Scholastica College (Duluth, Minnesota) and Saint Martin’s University (Olympia). The students are accompanied by two indispensable leaders of the language camp on the American part Karen Rosenflanz and Jamie Olson who teach the Russian language at their educational institutions.

At the official opening of the camp, the participants were welcomed by the Vice-Rector for International Affairs of PetrSU Marina Gvozdeva. In her address, she highlighted the importance of contacts between people. 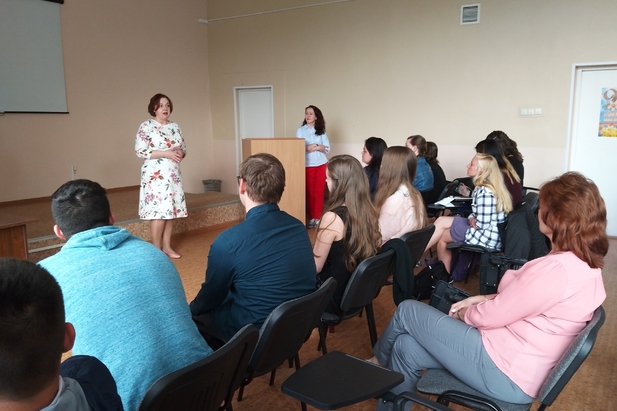 The American guests were also welcomed by the Director of the Institute of Foreign Languages Inna Kreneva.

Karen Rosenflanz and Jamie Olson, leaders of the program on the American part, thanked Russian students and teachers for the warm welcome and said they were happy to come to Petrozavodsk again. They expressed their hope that the program will continue for a long time.

The American students in Petrozavodsk have an eventful program: Russian language classes, tours, meetings with interesting people, lectures on literature, music, history of Russia, etc. They have already taken part in a quiz on some aspects of culture, geography, and literature of the two countries.

Introduction to the university, history, and culture of Russia continued in the Scientific Library of PetrSU. There in the Rare Book Division, the American students and their teachers saw manuscripts of the 14th – the 17th centuries.

The camp will work until June 9.