05 June 2020
The Resource Center for Modern Methods of Teaching Foreign Languages of the Department of Foreign Languages for Humanities hosted a roundtable discussion “Tourist Karelia: Challenges and Growth Prospects”.

The 1st, 2nd, and 3rd-year students of the Institute of Foreign Languages and the Institute of Physical Culture, Sports and Tourism engaged in the virtual discussion, presented and analyzed Digital Stories about the ethnocultural potential of the Republic of Karelia that can give a competitive edge to our region in the area of tourism.

The discussion aimed to provide the students, future specialists in hospitality, an opportunity to exchange experience of attracting tourists to our northern region with their colleagues who specialize in foreign languages. At the online conference, the students presented their reports and provided feedback in the English and German languages thus acting as both presented and interpreters. In this way, the participants of the discussion could present the results of their studies to their colleagues who do not speak a second foreign language.

The Digital Stories covered various aspects of tourism: interpretation and translation of Karelian ethnocultural words into the German language (Andrey Solnyshkov), history of the construction and tourism potential of the White Sea-Baltic Canal (Varvara Pimenova and Daria Lepeshina), gastronomy tourism in Karelia (Alisa Ostasheva), jeeping and prospects for its development (Yana Pugacheva), Karelian ecotourism (Anastasia Stakhovich), and ethnocultural tourism (Polina Trepina). All reports were appreciated for their content, as well as linguistic components, and stirred a lively discussion.

Moreover, the participants paid particular attention to the novel form of digital presentation in a foreign language made under scientific discourse and the features of this kind of report: clear structure, consistency, information value, and well-defined conclusions. The students also noted the original visuals of the Digital Stories that contributed to the presentations.

The interdisciplinary form of the event once again proved the necessity of studying foreign languages for better understanding information outside one’s area of professional activities and fruitful exchange of experience.

The Resource Center for Modern Methods of Teaching Foreign Languages congratulates all participants on learning new information and hopes that such regular discussions will promote sustainable academic cooperation between the Institutes and encourage students to broaden their linguistic horizons.

24th International Slavic-Baltic Scientific Forum
On May 12, employees of the Department of Propaedeutics of …
18 May 17:30

International Recognition of PetrSU Researcher
Liudmila Gerasimova-Meigal, professor of the Department of Human …
16 May 17:20

Round Table on Digitalization in English
Within the 74th All-Russian (with international participation) …
11 May 11:45 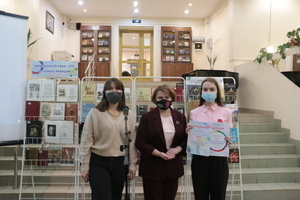 04 May 2022
“French is Not Only About France!”
The Scientific Library of PetrSU held a ceremony of awarding winners of the competition "French is not only about France", that was held among PetrSU students who recited works by poets from French-speaking countries: France, Belgium, Switzerland, Mo...
More
# Information technology 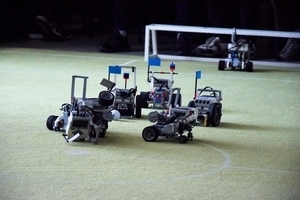 29 April 2022
PetrSU held the International Robotics Competitions Roboskills 2022
The competitions were held for the seventh time, since they became the continuation of the Open Republican competitions in educational and sports robotics, which were held in 2016-2021.
More
# Humanitarian sphere 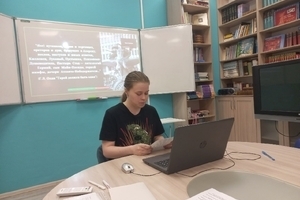 28 April 2022
Scientific Cooperation between BSU and PetrSU
Philology students of PetrSU and Belarusian State University shared the results of their research.
More
# Students 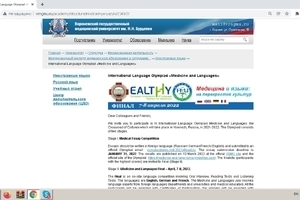 18 April 2022
Madeline Alcuz, a Student of the Institute of Medicine, Won the Essay Contest
From December 1 2021 to April 8 2022, Voronezh State Medical University named after N. N. Burdenko conducted the 9th International Foreign Language Contest among medical and pharmaceutical universities "Medicine and languages: at the crossroads of cu...
More
# Humanitarian sphere 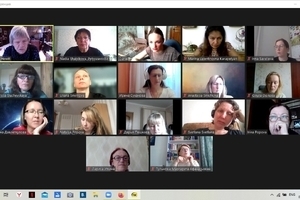 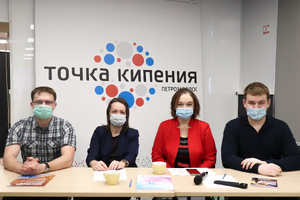 12 April 2022
PetrSU Starts Cooperation with Universities of Malaysia
The Directorate for International Affairs took part in a working meeting with the leadership of the universities’ network INTI International University & Colleges, located in Malaysia.
More
# International activity 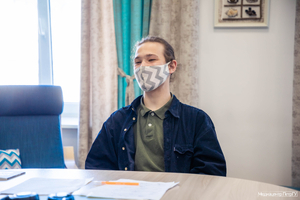 11 April 2022
Cooperation with Uzbekistan
The Center for Lifelong Learning and Distance Technologies of PetrSU continues to accept new students for study.
More
# Students 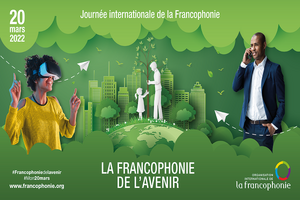 04 April 2022
Days of Francophonie in PetrSU
International Francophonie Day is a celebration for those who are in love with the French language and culture of the French-speaking countries. PetrSU students have been participating in such events of various types for several years.
More
# Students 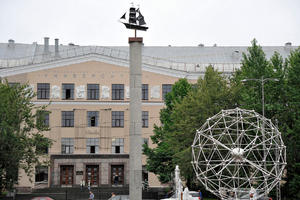